You are here: Home» Top News 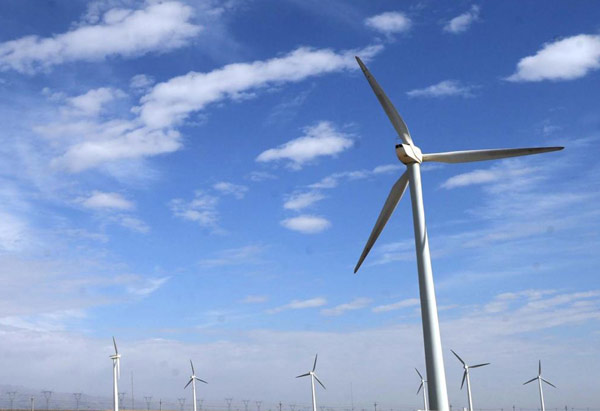 As a matter of comparison, the installed wind power capacity in Hami was only 100,000 KW last year, said Guan Baili, deputy secretary general of the Hami Prefecture Committee of the Communist Party of China.

A 200,000-KW wind power project of China Huadian Corporation has just passed the preliminary review by the local environmental protection bureau. This is just part of a 2-million-KW wind power farm to be built by ten power companies in southeast of Hami.

The potential wind power in Hami is estimated at 75 million KW, accounting for approximately 60 percent of Xinjiang's total.

The wind power boom came as the Chinese government seeks to use more clean energy to reduce over-reliance on electricity generated by polluting coal.

China also plans to build another six 10-million-kw wind power farms by 2020. The seven bases, including Hami, will have a combined capacity of 90 million KW by 2020, accounting for 60 percent of the country's total.