A Sketch of Shanghai

Shanghai, which literally means the "City on the Sea," lies in the Yangtze River Delta at the point where China's main waterway completes its 5,500-kilometre (3,400-mile) journey to the Pacific. It is called in Chinese "Hu" for short and "Shen" as a nickname. 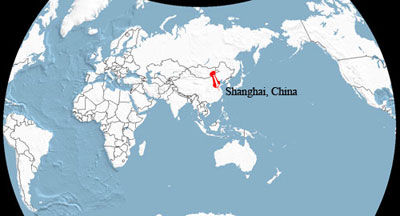 Although the downtown area was no more than a fishing village as recently as in the mid-19th century, Shanghai as an administrative region has a history much longer than that. It began as Huating County, an administrative district established in 751 AD in the south-western suburbs of the city. In 991 AD, the township of Shanghai was set up within the county. In the 14 years between 1260 and 1274, the town evolved into an important trade hub and in 1292, the central government approved the establishment of Shanghai County, which has been widely deemed as the official beginning of the City of Shanghai.

The city proper now has a total area of 6,340.5 square kilometres (including Chongming Island, the third-largest island of China). The city occupies 0.06 percent of China's total territory. It has 18 districts and one county under its jurisdiction. Its population has recently topped 20 million. The city is undergoing one of the fastest economic expansions the world has seen. Since 1992, the city has maintained a double-digit annual GDP growth rate and is well on its way to becoming East Asia's leading business city. While it can't match the epic history of Beijing or Xi'an's grander sights, Shanghai is the epitome of modern China and a cosmopolitan city featuring architectural temples of art, fine dining and contemporary urban living.

The white magnolia is one of the few spring flowers commonly grown in the Shanghai area. It usually comes into full blossom in early April. The flower has large, white petals that usually open up towards the sky. This feature makes it a perfect symbol of the pioneering and enterprising spirit of the people of Shanghai. 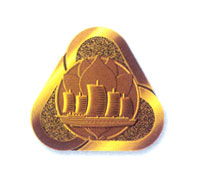 The emblem of the city was selected in 1990. It is composed of the images of a white magnolia flower, a local-style sail boat and a propeller. The propeller symbolises the continuous progress of the city. The white magnolia is the city flower. The historical sail boat, which used to ply the busy waters of the port of Shanghai, is a token of history. Together with the propeller, it brings out the rich connection between the history of the city and its waters.

The vernacular language is Shanghainese, a dialect of Wu Chinese; while the official language is Standard Mandarin. The local dialect is mutually unintelligible with Mandarin, and is an inseparable part of the Shanghainese identity. The Shanghainese dialect today is a mixture of standard Wu Chinese as spoken in Suzhou, with the dialects of Ningbo and other nearby regions whose peoples have migrated to Shanghai in large numbers since the 20th Century.

Nearly all Shanghainese under the age of 40 can speak Mandarin fluently. Fluency in foreign languages is unevenly distributed. Most senior residents who received a university education before the revolution, and those who worked in foreign enterprises, can speak English. Those under the age of 26 have had contact with English since primary school, as English is taught as a mandatory course starting at Grade 1.